We won't be silenced by factory farms

In October 2016 we released adverts, funded by our supporters, in cinemas across France, revealing the reality of intensive farming and the higher welfare alternatives that are available. One of our ads explained the conditions endured by 95% of French pigs.

We spoke the truth. We spoke out for the suffering animals.

But now representatives of the pig farming industry are taking us to court!

They are claiming that our simple message: “do not buy meat from intensive farms” is an illegal call for a boycott and is prejudicial to pig farmers.

So what's really on the menu?

French pork will probably be from an animal born in a cage, and reared in a crowded pen. Although pigs are intelligent and curious animals, in France, they are often routinely tail docked and raised in completely barren pens, in breach of EU law. France produces 19,000 tons of this fatty liver every year. That’s 73% of the world total. The ducks killed for this famous ‘delicacy’ will have been force fed to grossly enlarge their livers before slaughter. Many do not survive the force feeding process.

Ninety-nine percent of farmed rabbits in France are kept in cramped, barren cages where sickness is rife. Does (female rabbits) kept for breeding would have been routinely injected with hormones to produce larger litters in quick succession. 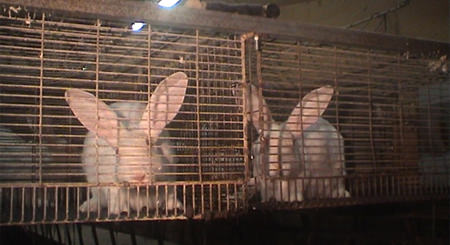 32 million French hens – that’s more than two thirds – are still laying their eggs inside cramped cages, unable to run in the sunshine, perch in safety, or even properly spread their wings. 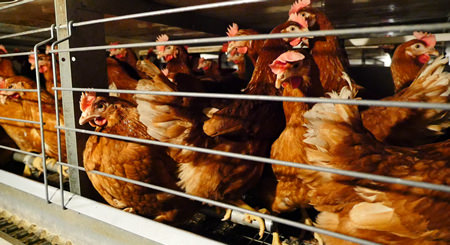 Millions of hens are cruelly trapped in cages

Hope for the future

A legacy gift of love and hope can make a big difference for farm animals.