This briefing provides an overview of on-farm antibiotic usage in the UK. It outlines the steps taken by a number of other European countries to address and reduce antibiotic use in farming systems, and sets out three recommendations for the UK Government to take in order to address the growing public health crisis of antibiotic resistance.

The causal link between on-farm antibiotic administration and human resistance is widely acknowledged by organisations including the World Health Organisation and the European Food Standards Agency.

In the UK, there are already concerns that farm animals contribute to the 5,000 deaths a year in England caused by resistant E. coli bloodstream infections. Worryingly, whilst medical use of critically important modern antibiotics has declined in recent years, farm use of these antibiotics has increased steadily since 2000.

A number of European countries are taking decisive actions to reduce antibiotic usage in farming. In the Netherlands, farm use of modern cephalosporins has reduced by 98% between 2011/2013. The number of human cases of MRSA is falling; demonstrating that regulatory action can slow or reverse resistance. Currently, antibiotic use in UK pigs & poultry is at least 3.5 times higher PCU unit of livestock than in the Netherlands.

The Alliance to Save our Antibiotics is calling for political leadership and decisive action that mirrors actions taken in some other EU Member States and reflects the urgency of this issue, specifically:

Read more about the Alliance 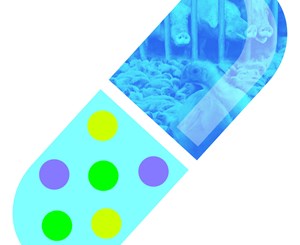 Why the irresponsible use of antibiotics in agriculture must stop

Hope for the future

A legacy gift of love and hope can make a big difference for farm animals.